A year ago, one of my best friends told me that he was going to live in Prague, for work. Finished our weekend spent together to badly eat and play, finished our laughter.

But what I did not know was that I was going to fall madly in love with Prague. We went to see him a month after he settled down, it was a year ago. Today we have returned there, and I hope to return again and again, I am sure that I will not get tired of it! When I grow rich (how, that the question, but everything can happen :D) I will even buy my second home there. (Ah, it’s nice to dream)

You can start by a video we made, go, this is beautiful 😀

In this article, I will give you our good addresses, as well as their good addresses (because they are two now <3) , advice, and hope to make you want to visit this beautiful city, or remind you of good memories if you have been there before.

Just to locate you, Prague (just the center) is divided into five parts : 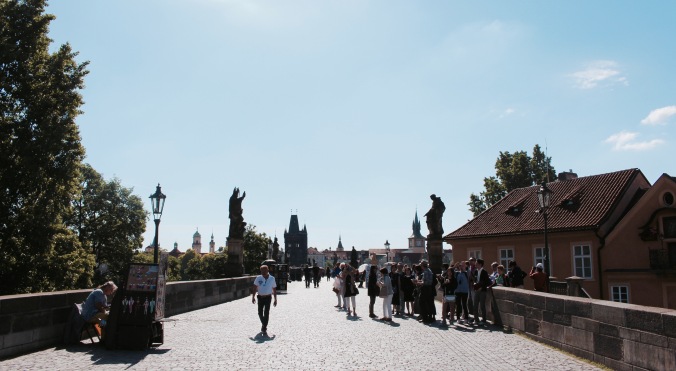 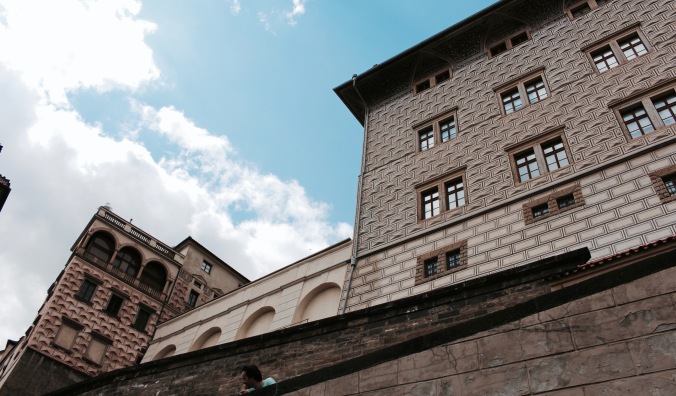 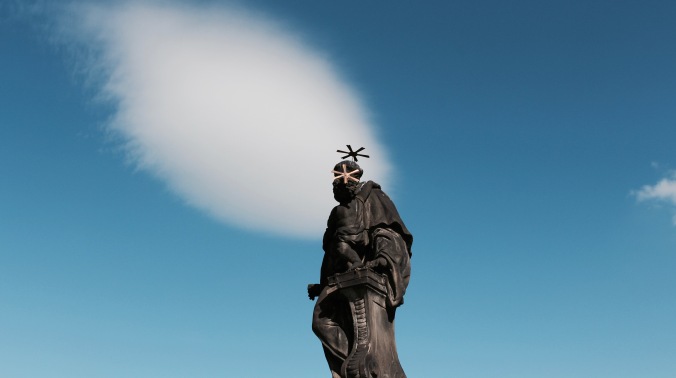 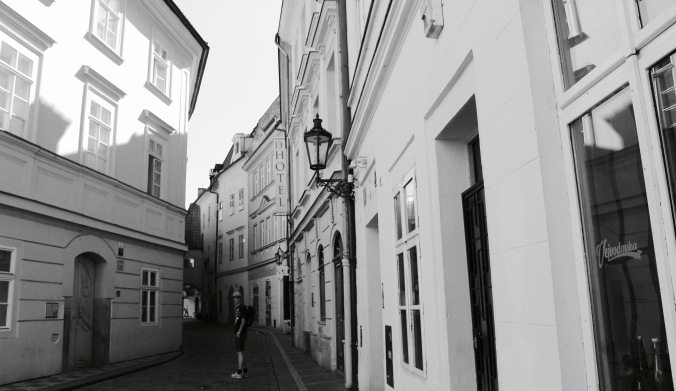 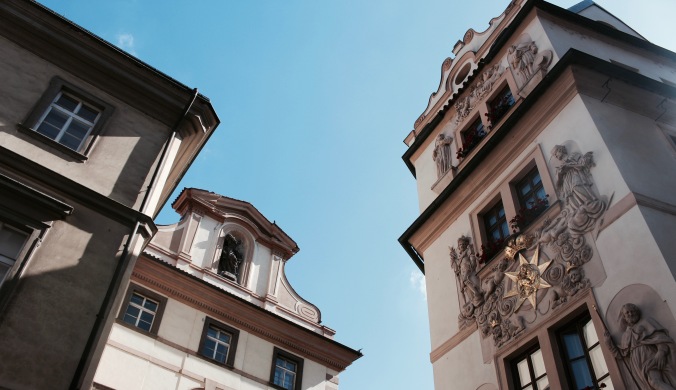 Now that the layout of the city is clear, (well I hope !), I give you a few addresses that we liked!

My favorite, the Letna Park (Prague7) is huge, green, as pleasant in the daytime as the night where there are often concerts, it is a park with quite a lot of young people I feel, rather student in the atmosphere.

The park Kampa which is on the edge of the Vltava, near the Charles Bridge, with a nice mill, and full of activities. In terms of park I find they’re so great in Prague!

Riegrovy Sady Park, so it’s pretty cool. In addition to being very beautiful and having a very nice view over the whole city, there are bars outdoors, large tables, you can take your beers and stall yourself in the lawn, eat a tip on the tables, and watch football whith the big screens. It is a little more out of the center.

In Prague, beer, and alcohol in general (but especially beer) is much cheaper than in France. With food and transport, this is part of the cheap things in this city.

Le Déjà vu – It’s a cocktail bar, which makes of big happy hours from 18 to 21pm, you have absolutely all the existing cocktails. So I advise you to go early to enjoy their rates, or reserve before. And down there is a club!

Le Viktorkrou, so there we dive into the authentic Czech pub, a good old tavern, led by an old sea wolf (oh calm you Amelie), wooden tables and beer compulsory (well I was able to take wine but it looks at you weirdly when you ask for something other than beer!). Loved this place, and its ambiance.

Le Bukowski, beer at 6 CZK on Sunday, and very cute !

L’Absyntherie for the most motivated !

Le lounge bed, where you take drink on bed.

My favorite : the Akropolis which is not at all in the center but babababa that is so good! Typical dishes, also less typical dishes, a good atmosphere, space. And it’s really cheap for the quantity on the plates!
Kubelíkova 1548/27, 130 00 Praha 3, Tchéquie
La Cantina, a Mexican apparently very very very good on the advice of my friend.

Fans of Escape game that we are, we could not escape. Last year we had made one that had not pleased me at all, and I do not even remember the name. This year we have innovated, we have made a virtual game escape. That is, you are sitting on a chair (you can see in the video on the top of article) with a helmet on your head, and you are entering in the world of video games. It’s totally stunning, you walk with your hands, you can throw stuff (we had balls of fire to kill the giant spiders, yeah!), everything is done with hands and arms. But be careful, we all had a heart ache at one point, because of the cognitive dissonance. For example, when in the game you turn around while in reality you remain seated, it’s weird and the body does not like it too much! The lady gave me a ginger candy who saved my life ! Ginger has been shown to be effective in treating the nausea associated with motion sickness. This game is really immersive, cooperative as in all the escape games, we communicate all together with microphones, and we solve the case together. (We obviously succeeded in the times 😉 ), and we were delighted when going out! (though a little smeared by all his virtual adventures). This escape game is called Torch Vr, we played the game Mind Horrorand and they have an other one  »Cosmos ». I strongly advise you! (all the infos on the site!)

The Zizkov tower, which is in the neighborhood of the same name. It’s a television tower, with babies on it climbing. These babies are found in different places in Prague, they were made by David Černý, a rather original Czech sculptor, who does things … how to say … original: D. And recently, in this tower there is a gourmet restaurant on the top floor which is apparently a kill (you must have the budget), and funny thing they made a single hotel room! (So I’m not telling you the price of the room), and the view must be pretty amazing.

To get out you have the Cross Club, a nightclub with several styles of music, and a top design! I let you go see the website to look at the program !

The pedal boats! We had a great time on the pedal boat/swan, although it creaked heavily. If there are too many queues in the hirers who are at the beginning of the park, do not hesitate to go further. We found one with almost no waiting and a good price.

As far as accommodations are concerned, we are staying with our friends, but I put the link of the 10 best hostels in Prague on Tripadvisor, and if not, Airbnb is always your friend … 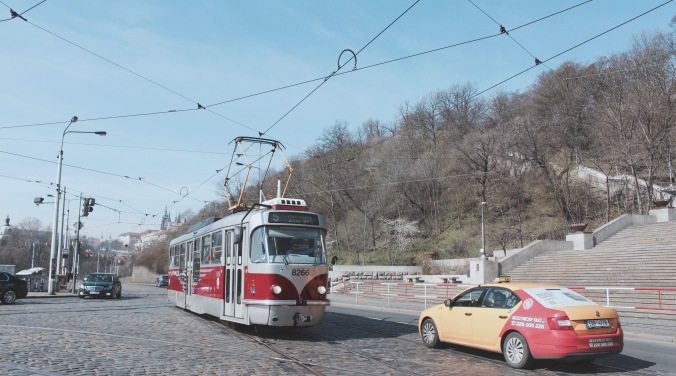 When you arrive in a metro, you will see old machine that gives the tickets, you will understand nothing and it is quite normal, you can not really change the language 😉 It’s necessary to press button 24kc for 30′ of metro, and 32kc for 90′. And be careful, only the pieces are accepted!

It’s now forbidden to smoke in public places. Last year you could smoke in the restaurants, bar etc, now it’s forbidden even on a tram dock!

WALK ! Walk around, discover without thinking in this beautiful city!

I hope this article was helpull, do not hesitate to tell me if you have any questions!

Thank you to Flow and Cléa, for their fantastic welcoming and for their help for this article  ❤